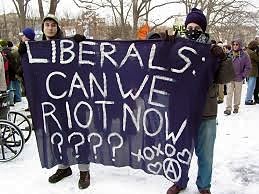 Micheals Brown’s Parent received $1.5million in a wrongful death settlement for the justified shooting of their son.  According to CBS NEWS: ” The parents also argued that the death of their son deprived them of financial support through his future potential wages.”

Come again? He was headed to a prison cell! Anyone who has any common sense says the EVIDENCE in the case! This is from The Dana Show! This is the Lt Governor speaking the TRUTH!! We have all saw the videos that show Mike Brown’s true colors.

So what are these “parents” getting paid for? Mike’s own actions lead to his death!!

Why are certain American’s never held accountable for their own actions. Those in power at the time poured gasoline on this fire then lite the match. The rights of Business owners and other citizens were ripped to shreds and lite on fire that night!! Why, because we had a political hack in the White House!!

They also sealed this according to CBS NEWS: “Webber also wrote that the agreement “shall remain sealed by this Court and shall be considered a closed record” because disclosure of the information “could jeopardize the safety of individuals involved in this matter, whether as witnesses, parties, or investigators.”

What are they trying to hide? We had 8 Years of Black Liberation Theology!! Now we have parents that stole $1.5 million dollars of We The People’s Money!! Lies and Propaganda from the oval office for 8 years.  Encouragement to riot, prey on your political opponents with the IRS, jammed healthcare down America’s throat and lied “you can keep your DR. etc…, The list goes on and on.

The last Administration promotes lawlessness!! They still are and calling it “resistance. It has no gotten violent. They are losing their grip on power but will fight to keep it. Keep telling the Truth. Be bold. Shed that cloud of white guilt!!~RJH

One Reply to “Raise a Thug and Get Paid: The new American Dream!!”